“I don’t think there’s anything quite like an arena of entrepreneurs, banding together under the name of Indie, and showcasing their immense talents for an entire city to see.

Jillian Wright’s Indie Beauty Expo was a mere fledgling concept back in 2015 when it made its New York debut. Two years and three cities later, Wright’s Expo became home to over 220 vendors for a massive three-day event.

SWAAY spoke to Wright about the incredible level of growth the expo has achieved, and what her future plans are for IBE…”

Got Something To Say? Cancel reply

5 Brands That Were Signed Up for Indie Beauty Expo Berlin

Tracking the Rise of the Indie Brands 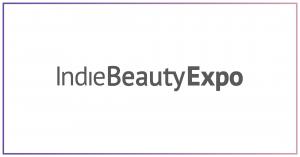